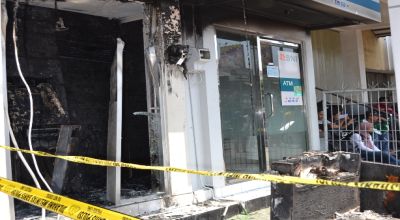 We received word that the sixth trial of the comrades of Billy Augustan and Reyhard Rumbayan (EAT) was held on Tuesday, April 17, 2012 in the same place, the District Court of Lahore. The trial began after being delayed for two hours with the reading of the demands of the Public Prosecutor. Through its chairman Wiwik Triatmini, read the charges in the form of demand for imprisonment for 3 years with a reduced prison term.

Billy and Eat are charged separately because they have different roles. In the indictment, the prosecutor based his claim on the results of the investigation conducted by the police as evidenced by a dossier. The police only have proof that Billy had possession of the responsibility claim/ leaflets at the scene of the action, while Eat is determined as the flyer-maker and duplicator.

Agenda for the next trial will be determined in the near future by the reading of the defense team’s brief.

Long live Billy and Eat!
Health and strength to Billy who is ill in prison!
Burn all the prisons to the ground!
Long live the live action!
Long live solidarity!