Wagner had first become involved in underground armed politics in the aftermath of the RAF’s 1972 May Offensive in West Germany. Dozens of guerillas had been captured, and were being held in strict solitary confinement (in some cases, entire prison wings were emptied to isolate the political prisoners) and subjected to various forms of abuse. In the years following 1972, opposing the torture of solitary confinement would become a priority for a section of the revolutionary left, and when RAF prisoner Holger Meins died in a hunger strike in 1974, freeing prisoners by any means necessary was clearly on the agenda. As Wagner would later explain,

“In the period before 1977, freeing the comrades who were at risk was an absolute priority. They were being held in dead wings, and the first murders had already occurred: Holger Meins, Siegfried Hausner, and Ulrike Meinhof. The situation was extremely urgent. It was clear to us that freeing the prisoners was our most important and pressing objective. On the one hand, they faced a threat to their very existence, and on the other hand, we wanted them out.”

This is the context in which Wagner first went underground, joining a small group that had been established by Klaus Dorff, Waltraud Liewald, and Peter-Jürgen Boock, with plans to break RAF founder Andreas Baader out of prison. When Dorff and another group member were captured in 1976, the rest of the group opted to join with the RAF, which had resumed operations and was preparing for its fateful showdown with the West German state over precisely this question.

In 1977, the reconstituted RAF went on the offensive in an effort to gain the release of imprisoned RAF members. This offensive included the assassination of Attorney General Siegfried Buback, the killing of the Chairman of Dresdner Bank Board of Directors Jürgen Ponto during a failed kidnapping attempt, and the kidnapping of Hanns Martin Schleyer, a sanitized former SS officer, and by this point the president of both the Confederation of German Employers’ Associations and the Federation of German Industries. The Schleyer kidnapping would last for more than a month and place West Germany in a de facto state of martial law, posing the question of power in an unparalleled way. It would end with a failed hijacking on the part of a supportive Palestinian organization (three of the four guerillas involved would die), the execution of Schleyer, and the murder of four of the RAF’s founding members in prison.

Wagner was sought in connection with the Schleyer kidnapping, but he would elude capture for two more years. (He was detained in May 1978, along with three other RAF members, in Yugoslavia, but when the West Germans refused to exchange eight Croatian right wing extremists being held in West Germany for the RAF members, they were released.)

Wagner was allegedly involved in the RAF’s unsuccessful landmine attack on U.S. General and NATO Commander Alexander Haig in Mons, Belgium in June 1979. He was arrested later that year in Zurich in the aftermath of a bank robbery and deadly shootout in a shopping mall. In 1980, a Swiss court found him guilty of attempted murder and robbery; two years later he was extradited to West Germany, where he stood accused of involvement in Schleyer’s killing. In 1985, he was sentenced to five times life with no possibility of parole for 15 years – an additional twelve years would later be tacked on in connection with the attack on Haig on the basis of testimony from Werner Lotze, a former RAF member turned crown witness.

Wagner was one of the last RAF prisoners to be released, only being pardoned in 2003, after twenty-four years in the harshest possible prison conditions, during which he engaged in multiple hunger strikes along with the other RAF prisoners. As he would recall some years after his release:

“‘Severe prison conditions’ meant: isolation, 23 hours a day in the cell, weeks of sleep deprivation as a result of neon lights constantly being on, solitary yard time, a total ban on contact with fellow prisoners, visits (including with lawyers) through glass barriers, and rigorous censorship. After conviction, some of us were held in small group isolation in the high security units. Most of us remained in individual isolation until the 1989 hunger strike, cut off from any direct communication with comrades for years or even decades. We dealt with that, above all, through the struggle to communicate with each other. When the attack is constant, as is the case in isolation, then one constantly defends oneself. No other option remains, if one is planning to survive with integrity.”

The above passage is from an interview Wagner and his comrade Helmut Pohl conducted with the left-wing newspaper Junge Welt in 2007. In this same interview, he addressed with nuance the political shortcomings of the RAF’s 1977 offensive in which he had participated:

“Some of our conclusions remain correct from today’s perspective, such as the decision to kidnap Hanns Martin Schleyer. With his SS history as a Wehrwirtschaftsführer (Literally: defense economy leader) in the occupied zones and his then-current role as an organizer of lockouts and as the president of the employer’s association, he was not chosen at random. With him, we could relay our analysis and our politics; the historical continuity that he represented, for example. That didn’t occur. Instead, we failed altogether to make sufficient use of these political issues. He was a prisoner, and that was that. There was absolutely no political statement, merely a demand to exchange people.”

In a climate of renewed anti-RAF propaganda that surrounded the thirtieth anniversary of the “German Autumn,” the newspaper Bild Zeitung and former Federal Minister of Defense (CDU) Rupert Scholz called for charges to be laid for “speech encouraging criminality” and “disparaging the memory of the dead,” but in the end nothing came of it.

Rolf Clemens Wagner died on February 11, 2014, at the age of 69, unapologetic to the end. His life was a lesson in resistance.

We present here some thoughts about Wagner, written by his comrade and friend Ron Augustin after his death:

hardly 21 years old she was
clever, impertinent, confident
the clarity of her thinking impressive
meetings were to be rushed
knowledge had to be exchanged
contacts to be evaluated
papers to be forged
operations to be prepared
her name i only learnt when she lied on the pavement
shot
petra schelm, the first death
and yet so alive

now it hit rolf clemens
32 years old when he joined the raf
fearless, practical, imaginative
thoughtful but without hesitation
he survived shoot-outs
24 years in jail
five hungerstrikes and stronger than ever
he mocked his disease when he heard of it
he fought
nothing and nobody could crush him
not even his cancer
until the end a political animal
studying history, analysing things
the struggle for freedom
from a near-death life in a deadly system
was his cause
to this he gave his life. 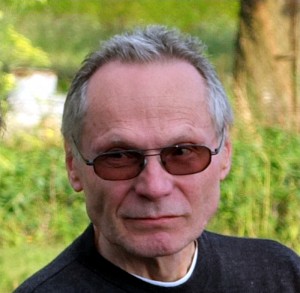 This entry was posted on Monday, September 15th, 2014 at 7:54 pm and is filed under Uncategorized.