Today a large group managed to bypass security and storm the European parliament in Brussels, occupying the main lobby. At the time of writing, riot police have moved in to block access to more protestors.

On Monday, activists occupied the Dutch parliament, while a group of around 50 in London blockaded ticket barriers, shutting down Oxford Circus station – London’s busiest.

On the same day, another group protested inside Gatwick airport and today people have taken Heathrow Terminal 2.

Elsewhere, protestors have been targeting Turkish Embassies and national parliaments.

In Suruç, southern Turkey, fighting erupted against the border closure and Turkey’s decision to stop people joining the fight against ISIS, or Daesh, as they are known locally.

Groups are demanding the provision of military aid to the Kurdish fighters in Kobane. They want the Turkish government to open the border to allow people to join their sisters and brothers in the battle against the ISIS fascists. 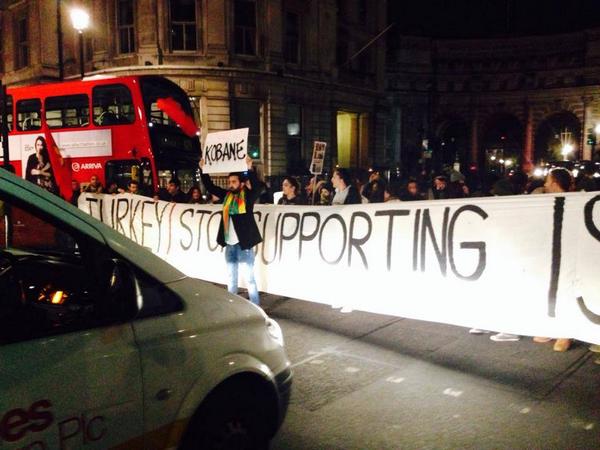 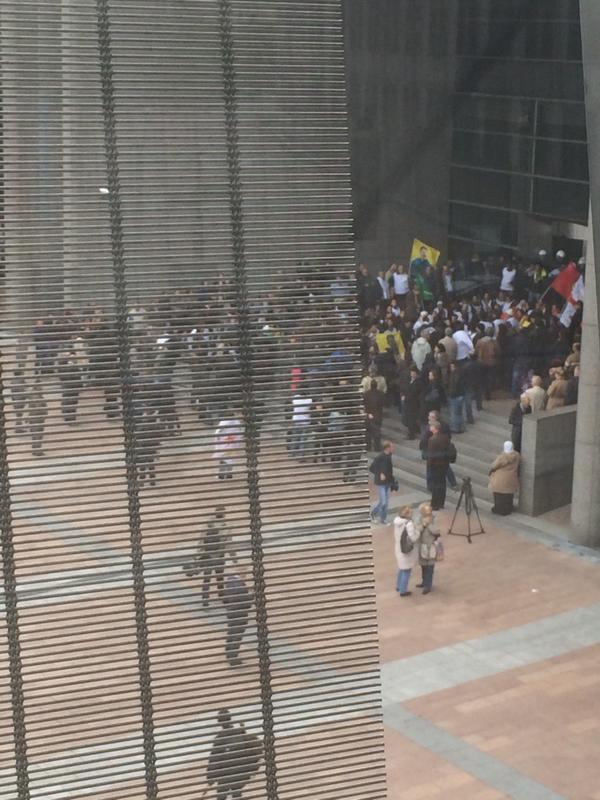