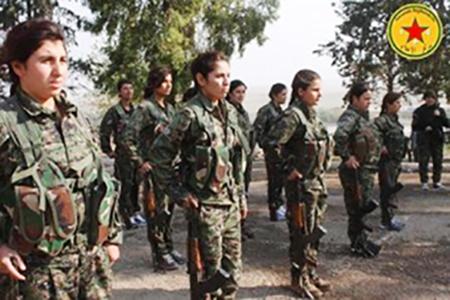 Kobanî / November 20, 2014 – The terrorist attacks by the ‘ISIS’ mercenaries to occupy Kobanî continued yesterday on the 66th day. Yet our forces of the People’s Defense Units (YPG) and the Women’s Defense Units YPJ have limited the terrorists’ attacks, and are continuing their operations. The terrorists however are constantly shelling the residential districts of the city center.

On the eastern front of Kobanî, our forces last night carried out several operations against the terrorists in the Sukul Hal area, the municipality street, and the Azadî (Freedom) square. The operations on the three locations were effectively conducted where 7 terrorists were killed.

On the southern front, our troops operated against several areas that had been occupied by the terrorists. In these operation a motorcycle was destroyed and 9 terrorists were killed.

In the last night’s tasks one of our comrades who played a major role to accomplish the operations, fought heroically and was martyred in action.