According to info received, Tamara Sol was found guilty by the court and sentenced to 7 years and 2 months in prison, with a fine of $215.000 (US$ 345 – €300). Recall that Tamara Sol is the comrade who was arrested after a BancoEstado security guard was shot in revenge for the death of Sebastián Oversluij Seguel.

Definitive charges and sentences are the following:

Theft [of the gun of the security guard who was shot]: 61 Days + fine.

After the trial, there was clashes between Sol family’s and the tribunal guards (gendarmes). The family rebuked the judges and threw leaflets, calling the judges “fascists” and accusing them of developing a biased and political judgment. Also, the judges order to take a DNA sample of Sol, to include it in the National Register of Convicted.

However, there still exists an appeal opportunity against the sentence.

A video of the audience: http://www.youtube.com/watch?v=_eFns2YZUFY

And pictures of the meeting: 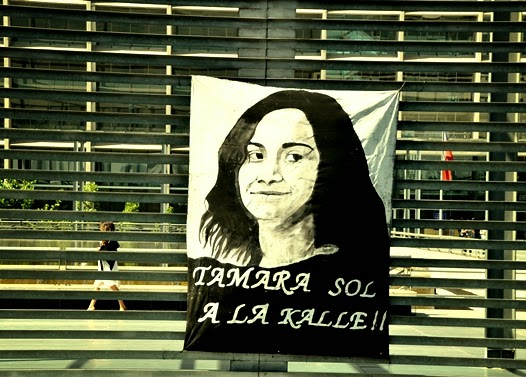 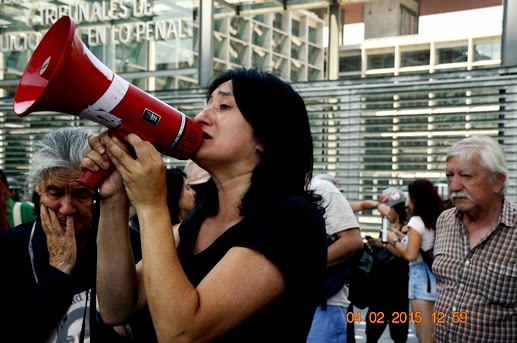 (the man with the red megaphone is the father of Sol)

This entry was posted on Wednesday, February 4th, 2015 at 6:12 pm and is filed under Prison Struggle.