“Our Day Will Come” : In solidarity with Evi Statiri and CCF – Imprisoned Members Cell (Greece) 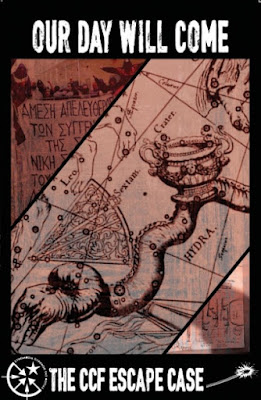 Attending to the solidarity call to Evi Statiri we share with you a book which speaks about what was triggered after the arrest of the fugitive Christos Xiros, the discovery of an escape plan to escape from Korydallos prison by Conspiracy of Cells of Fire, Imprisoned Members Cell; the subsequent manhunt against comrade Aggeliki Spyropoulo and her detention with relatives and friends of CCF comrades, and finally, the hunger strike for over 30 days in which they put their lives at risk.

It also has a prologue by CCF, imprisoned members cell.

We are interested that the experiences of CCF`s escape attempt and subsequent hunger strike could be transmitted as an expression of anarchic ability to build our offense in an autonomous way, as a part of our defense and dissemination of every indomitable and antagonist attitude against Power.

The most of the text were taken from the related anarchic webs.
Also, this book has a Spanish version, with translations made by us and other comrades.

Without another word, we share this book with you.