Slovenia: Tactics and challenges in the ongoing social uprising 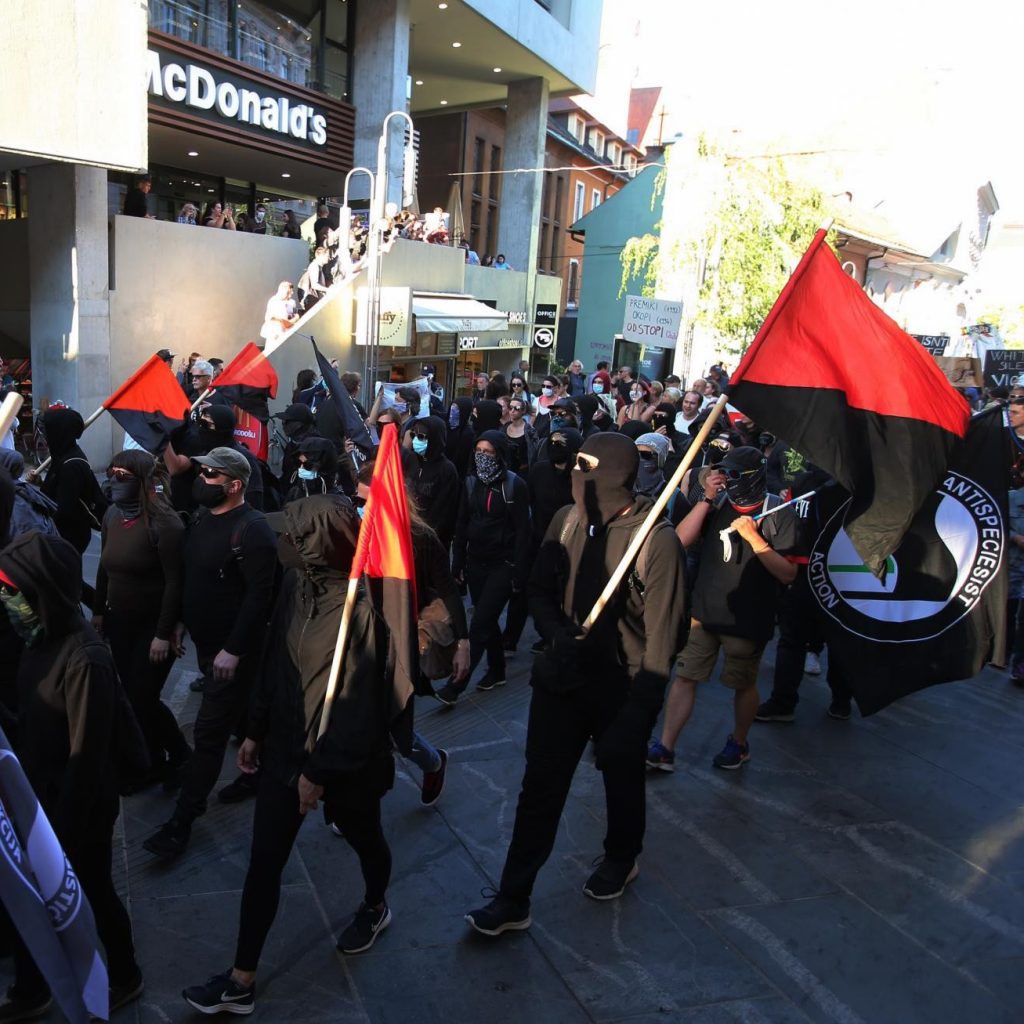 As A-Radio Berlin we had the opportunity of talking to a comrade from the Federation for Anarchist Organizing (FAO) in Slovenia and Croatia.

Amongst the topics were the ongoing social uprising in Slovenia, the dynamics and challenges of such a movement in the Covid-19 context, state repression and neonazi attacks as well as a comparison to the 2012/2013 uprising. Last but not least our comrade offers an analysis of the tactics used in the struggle and how to possibly go forward. 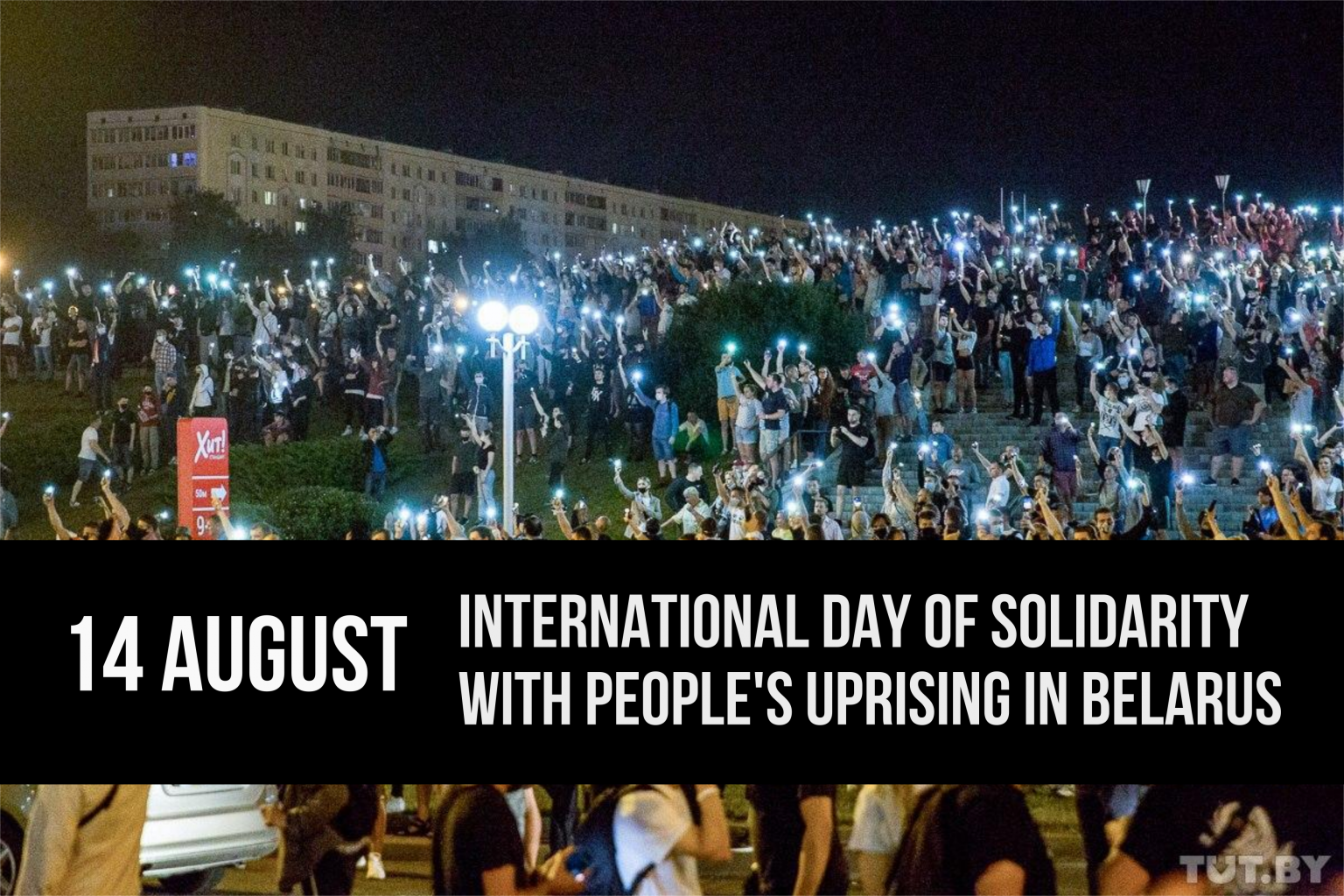 Postal addresses for Monica and Francisco for solidarity mail (Chile) 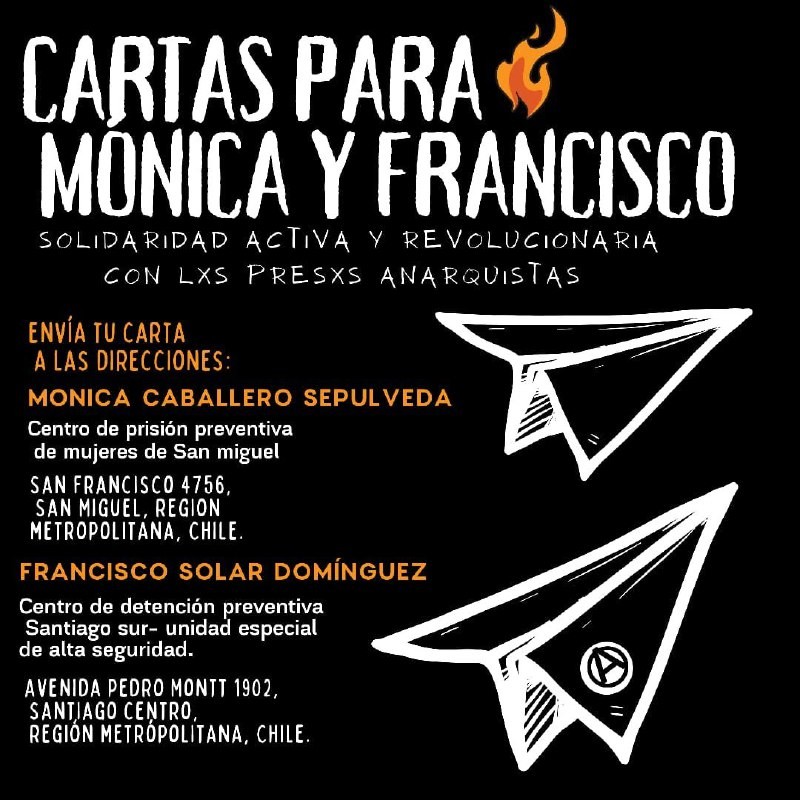 Active and revolutionary solidarity for our imprisoned comrades.

About the Bublina Squat in Czech Republic

– What the Bubble is and what it is not

The Bubble (Bublina in Czech) is a squat, located on the planet Earth, somewhere on the road between the cities of Aš and Břeclav. These buildings with a yard have been unused by the owner and inhabited by many different people with many various motivations over the years. Some of them left, others have been expelled by the police. Since August 2019, the squat has been occupied by first member of a newly emerging group of residents and supporters, and has been re-named to “Bublina” (The Bubble).

This first resident has been dealing with housing crisis and lack of space to thrive for quite some time. After a few months, two more people joined who has been on streets since their employer deprived them of financial resources. They moved right before outbreak of Covid- 19 pandemic, which allowed them to self- isolate in quarantine here and survive without health risks. Both of them are elderly, so their health could have been compromised otherwise. These elderly men and middle-aged anarchist soon became accustomed to living together. It is not ideology nor generational struggle which made them cooperate, but their willingness to solve their material conditions and fulfill their other needs by squatting. END_OF_DOCUMENT_TOKEN_TO_BE_REPLACED

Uprising in Belarus against the dictatorship of Lukashenko

Elephant in the room – Bringing down the dictatorship. Interview on protests in Belarus

Since Sunday streets in Belarus are filled with rage of protesters trying to bring down the dictatorship. People from all parts of the society have been clashing in the night of August 9 in 33 different cities around the country. They are fighting against president Lukashenko who is ruling the country for the last 26 years.

We got together with one of comrades from Belarus who is living in emigration and clarified some things that are happening in Belarus right now.

How did the Belarusians come to rebellion against the dictatorship

If you had asked people in Belarus how long the dictatorship of Lukashenko was left in early 2020, they would have looked at you like a fool. In a respected dictatorship, such questions are not asked, because you know what can happen. And in general, it so happens that the reign of the great leader is timeless. But the situation has changed so radically over the last 8 months that Belarusians took to the streets and for the first time in the new history of Belarus they fought back the police in at least 33 different cities of the country.

Today Belarusians have woken up in a new country. In it, people openly talk about hatred for the government and prepare for a violent confrontation with the police and state. They discuss online and live effective methods of struggle. Several factories went on strike the day after the elections. END_OF_DOCUMENT_TOKEN_TO_BE_REPLACED

Why We Don’t Vote

The entire electoral show is designed to encourage us to believe that not only does our vote matter, but that it’s the most important decision we could possibly make. Indeed voting is held so sacred by many that the mere mention of not voting is enough to cause outrage. When we have pointed out that our vote makes no difference anyway, we’ve been accused of being apathetic, privileged, immature, and even being part of the alt-right!

But as noted anarchist Vernon Richards wrote, “so long as we have capitalism and government, the job of anarchists is to fight both, and at the same time encourage people to take what steps they can to run their own lives.” [“Anarchists and Voting”, pp. 176-87, The Raven, No. 14, p. 179]

We argue that electoralism ensures that a statist perspective becomes dominant. Everything is seen in terms of state intervention and following the decisions of the leaders, which has always proved deadly to encouraging a spirit of revolt, self-management and self-help – the very keys to creating change in a society. END_OF_DOCUMENT_TOKEN_TO_BE_REPLACED 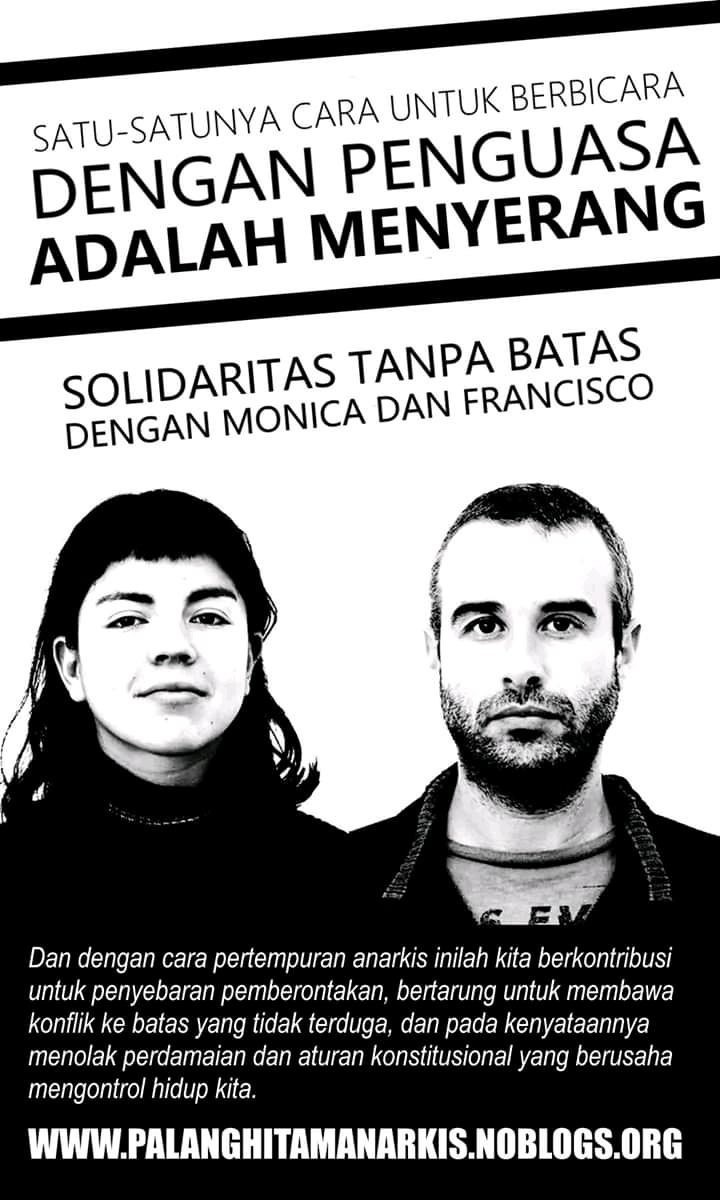 Liebig 34 is being threatend by eviction. When state, cops and the owner want to evict, they will only have a desaster on their hands. As an anarcha-queer-feminist selforganized house-project without cis-men, directly at the square „Dorfplatz“ in Friedrichshain, Liebig 34 is a place where resistance actions and collective moments are decided and organized. A place where self-organization becomes a dangerous word, where a project is becoming a starting point of struggles and not just a space of self-reference and alternative entertainment. The project itself has taken part in the planning of many of demonstrations, published numerous calls and texts and carried out various radical actions. But it is also a symbol of radicalization and empowerment for the antagonistic scene in Berlin and in Germany, as it shows how to fight various forms of resistance.

Liebig34 consists of a collective which is working with a focus to overcome more and more internalized structures of capitalism and patriarchy. In a world where patriarchy makes up one of the main pillars of the capitalist system, militant feminist groups and collectives, which make clear that the resistance and the fighting back is not a cis-men privilege, are more than necessary. In a patriarchal world, in which patriarchy and capitalism are interwoven, it is more than necessary to actually fight patriarchy and not have it be a sidenote in a text. Let us not be divided by oppression and let’s fight together in this for a liberated society.

Join the fight and defend Liebig34!

Here at Gabriel giugno in Italian you can download Gabriel’s writings, below is the introductive note via: roundrobin.info

Translated to English by Act for freedom now!

Gabriel has asked us to select some of his words from his more recent letters and compile a communique addressed to all those who would like to read it, as it is impossible for him to write one now that would get out of the prison where they are holding him kidnapped. The letters in question, which arrived after much delay, are dated from 11th April to 20th May when he wrote the only letter in the prison of Badajoz in Portogal, [he has since been transferred to the prison of Mansilla de las Mulas in León].

Gabriel sends strong hugs to all the comrades who are supporting him sincerely and to all the dignified individuals who continue to struggle for freedom in whatever part of the world they find themselves.

“… what is happening has no logic or rules… it’s like playing a game of chess where every now and again someone buts in and moves a piece on the board… how can you play or win a game like that? What are the ‘rules’ or the ‘limits’? I can’t even talk about ‘Law’ (regardless of what I think about it) or appeal to ‘Rights’ after all I have gone through… that’s why I am wondering: given that I don’t have any ‘Rights’, what are the ‘rules’ of this struggle? In the end the State’s war against resilient individuals is always dirty, without any ‘rules’…” END_OF_DOCUMENT_TOKEN_TO_BE_REPLACED 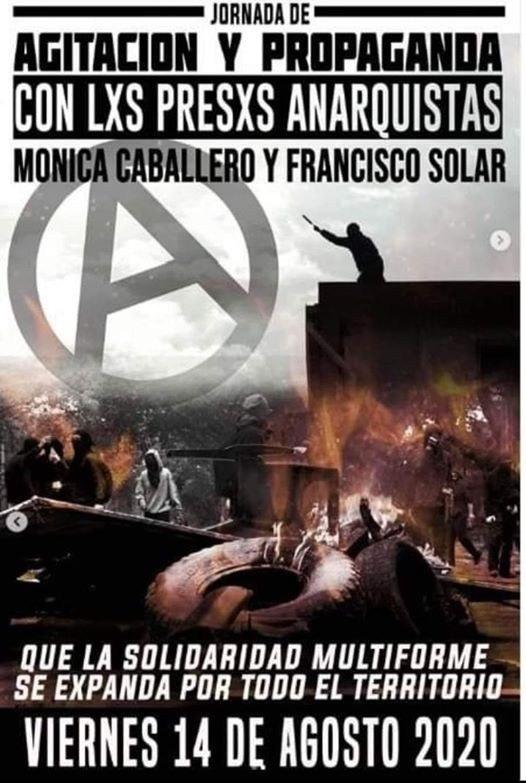 A day of agitation and propaganda for anarchist prisoners.

Ten years after the onslaught of power in the first “Bombs” case (Caso Bombas 1) and in the face of a new repressive coup against our comrades Monica and Francisco, we call for this August 14 to raise gestures of propaganda and solidarity in every corner of this territory. Giving free rein to creativity from wherever we are and however we can, making solidarity once again more than just a written word.

Neither guilty, nor innocent, simply anarchists.

Active and revolutionary solidarity with Monica and Francisco! 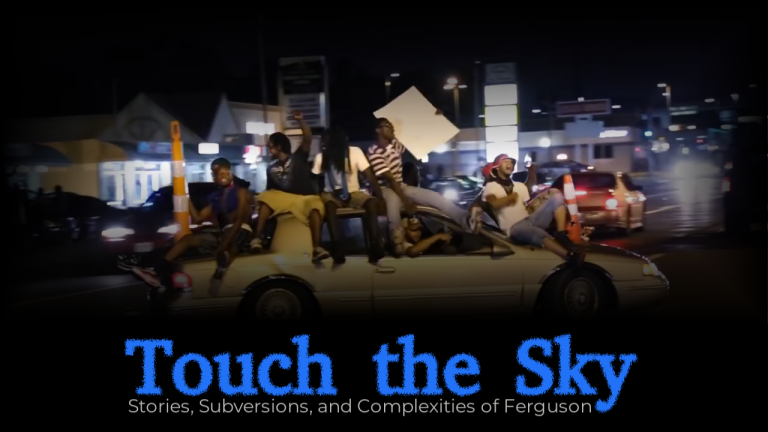 Another situation that has been seen is the applause, celebration and cheering by citizens in the face of the curfew and the arrival in the streets of the military, police and municipal police, forgetting what this decree has historically meant as an instrument of repression that has also reappeared in countries like Chile. END_OF_DOCUMENT_TOKEN_TO_BE_REPLACED