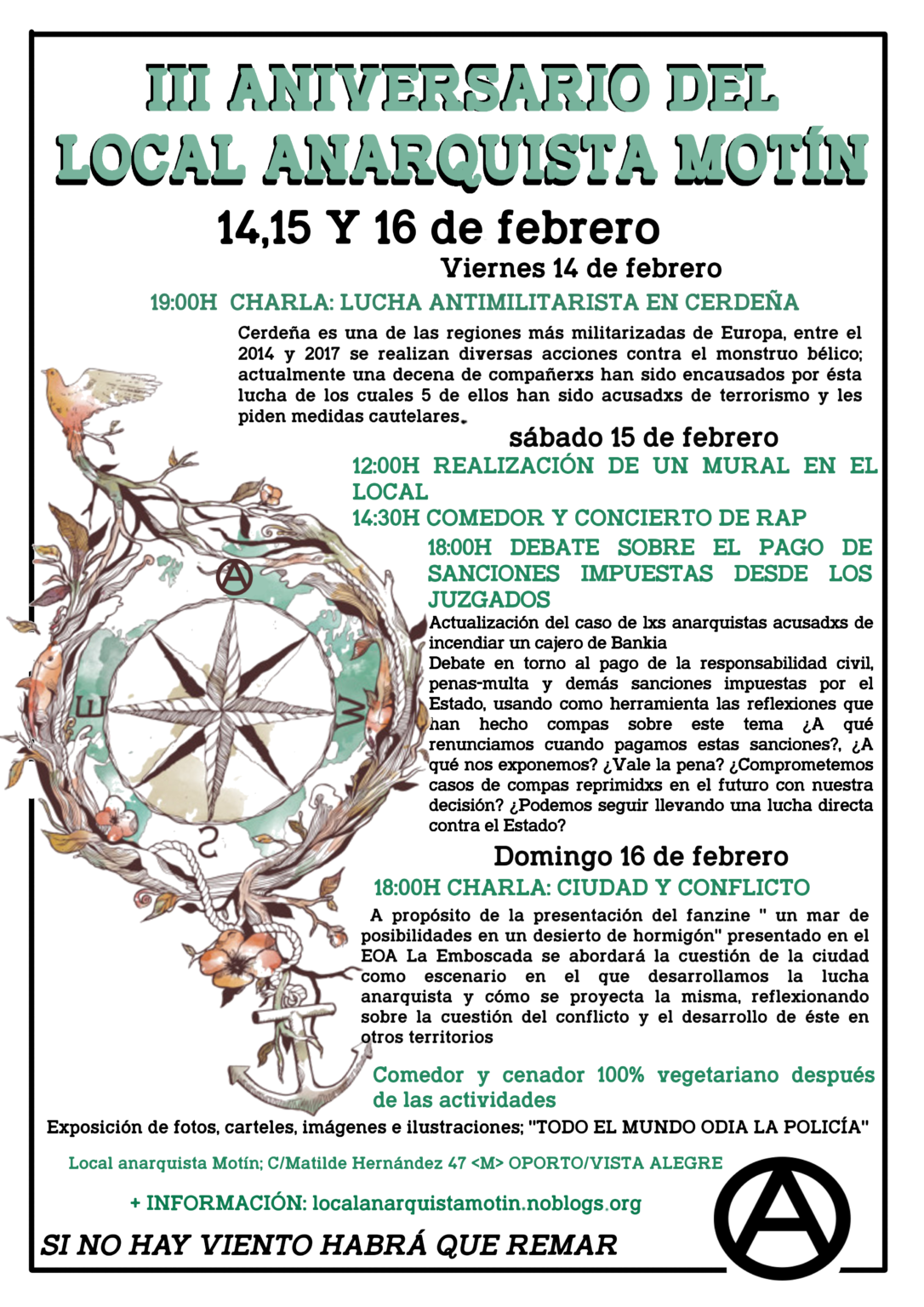 Here is a quick overview of some armed attacks and social turbulence in Japan over the past few years. There must be many things missing, but for the sake that this news below doesn’t make it through the translation and information void, and to spread black anarchy, the following could be interesting reading…

14 January 2016, Okinawa – 380 demonstrators blockade police outside the site of a proposed new U.S. military base. The United States aims to relocate Futenma U.S. base in Okinawa to Henoko Bay, Nago, which is bitterly contested by locals and environmentalists. 50,000 U.S. service personnel and their families are based in Japan. The United States have never ended their occupation since the horrific atomic bombings of Hiroshima and Nagasaki and subsequent invasion at the end of World War 2. Many people in Japan and especially Okinawa, where the bulk of U.S. troops are based, resent their presence and want them to leave. Many people in Japan are against the expansion of Japan’s Self-Defence forces and increasingly militarist and security-orientated policies. END_OF_DOCUMENT_TOKEN_TO_BE_REPLACED

Anti-Militarists arrested in Tokyo outside US Embassy (Japan)

DIY Media clarification: Anarchists do not recognise legal jurisdiction of any state entity, and so any arrest ‘legal’ or ‘illegal’ is always a violent kidnapping with bureaucratic lies to cover the facts. Japan is a modern totalitarian state which is allied to the imperialist forces of the USA – International solidarity with the people of Takae town, Okinawa, down with the USA!

SOLIDARITY APPEAL against the ARREST of 2 ACTIVISTS

2 activists have been arrested during a demonstration in front of the US embassy. We strongly condemn these arbitrary and illegal arrests and demand the immediate release of the 2 activists. END_OF_DOCUMENT_TOKEN_TO_BE_REPLACED