From last 1st of September on at least 14 prisoners, mostly anarchists, take actually part of a new rotating hunger strike against the precarious health conditions in the Spanish prisons. They reinvicate also a 14 point program against isolation custody (FIES/DERT), tortures and physical and psychical violence from the prison guards, dispersion of prisoners far from their home, etc. Every comrade is doing a 10-days-hungerstrike, one following other, every month 3 prisoners.

Violence in Spanish prisons is very common, every year 200 prisoners die inside Spanish prisons violently or from drugs, no medical attention or diseases. Actually in corona times, the conditions in jail are mostly insoportables (bad food, no activities, no visits…). Last month of August our comrade Carmen Badía Lachos was violated from a prison guard inside the ‘hospital’ part of the Zuera-prision (Zaragoza). END_OF_DOCUMENT_TOKEN_TO_BE_REPLACED 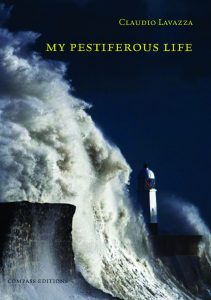 Claudio Lavazza, rebel, anarchist, bank robber and gentleman. During the 70s in Italy he participated in the struggle against State and Capital, arms in hand. Contrary to the grave-diggers of subversion, after this experience, he never traded his desire to overthrow the existent for a political career. He never resigned, nor sought refuge in any State, which could have granted him a controlled freedom. He kept fighting, against winds and tides.

After 16 years on the run, never renouncing his anarchist coherence, nor the joy of living as a free man, he was arrested after a bank robbery in Córdoba, Spain, in 1996. On this occasion, three comrades, including Claudio, were seriously injured and two policewomen lost their lives. Claudio was subsequently locked up in the special prison regime FIES, where – even in this toxic place – he continued his battle with firmness and perseverance.
After serving twenty-two years in the Spanish dungeons, he was temporarily extradited to France – since his sentence in Spain is not yet finished – in the summer of 2018. Here he would stand trial for a bank robbery of the National Bank of Saint-Nazaire, which took place in 1986. For this robbery he had already been sentenced in absentia to thirty years of prison.

Going to take money where there is plenty is always a possibility, as a refusal of the blackmail of work and exploitation, to seize the necessary means to carry out a struggle against the State. However, back then in Saint-Nazaire, “the tightrope robbers” did not just touch any safe. They expropriated the State’s vault, emptying the pockets of those who oil the gears of power of almost twenty-six million euros.

Even when faced with the most adverse conditions, when everything needed to be rebuilt and re-imagined, Claudio beat his own path, with countless smiles and struggles. As an anarchist, his passion is freedom; his enemy is power. There is no time to waste when one is armed with this conscience.

It is up to each one of us to forge our own journeys, to undermine, harm, expropriate and destroy everything that belongs to power, its structures and its servants.

27th of August 2020
Claudio Lavazza has been transferred to Spain.
Here is his new address :

Paris, France: A summary of the trial against Claudio Lavazza

Claudio Lavazza, rebel, anarchist, bank robber and gentleman, who during the ‘70s in Italy participated in the struggle against State and Capital, arms in hand. Contrary to the sinkers of subversion of those years, he never exchanged the desire to overthrow everything for a political career. Nor has he resigned, nor sought refuge in other States, which could have granted him a controlled freedom. No, he kept fighting, against winds and tides.

After 16 years on the run, never renouncing to his anarchist coherence, nor to the joy of living as a free man, in 1996 he is arrested after a bank robbery in Cordoba, Spain, during which three comrades, including Claudio, will be seriously injured and two policewomen will lose their lives. Claudio will thus be locked up in the special regime F.I.E.S., and even in this deadly place he will continue his battle with firmness and perseverance.

After serving 22 years in the Spanish dungeons, in the summer of 2018 he is extradited – on loan, since his sentence in Spain is not yet finished – toward France, to face trial for a bank robbery at the expense of the National Bank of Saint-Nazaire, which took place in 1986. For this robbery, he was already sentenced, in absentia, to 30 years of prison.

If going to take money where there is plenty is always a possibility, as a refusal to the blackmail of work and exploitation, in order to seize the necessary means to carry out a struggle against the State, back then, in Saint-Nazaire, the tightrope robbers did not just touch any safe. They expropriated the State’s vault! Lightning of almost 26 million euros the pockets of those who oil the gears of power. END_OF_DOCUMENT_TOKEN_TO_BE_REPLACED

From the prison of Fleury-Mérogis (Paris) Claudio Lavazza tells us he’s doing well even if the detention regime (he’s being held in a high security unit for prisoners awaiting trial) is much harsher than the prison conditions in Teixeiro (Galicia, Spain). Claudio would like to receive letters and so he asked for his details to be spread.

The anarchist prisoner Claudio Lavazza (in prison in Spain since 1996) has been transferred several days ago to a maximum security prison in the Paris region. The transfer, which Claudio expected, is due to the conclusion of the definitive trial for actions for which he has been accused in France since the 1980s; Once the trial is over, he will return to Spain to finish serving his remaining sentence in that country.

When there are more updates, we will give you more news.

1. Letter from anarchist comrade Gabriel Pombo da Silva
2. Letter from anarchist comrade Claudio Lavazza
3. Solidarity with Maria, Javier & Gabriel
4. Text about the struggle against torture and the FIES isolation units
5. Letter from comrades Monica and Francisco
6. Text in solidarity with Franscisco Solar and Monica Caballero by CCF
7. Anarchist comrade Sebastián Oversluij killed during bank expropriation
8. Update on the CCF trial
9. “Let’s become dangerous… For the diffusion of the Black International” by CCF-FAI/IRF
10. ‘Requiem for the Passing Moon’ by Hans Niemeyer
11. Letter from eco-anarchist comrade Marco Camenish about his hungerstrike
12. Letter from Giannis Mihailidis
13. Letter from Spyros Mandylas
14. Carlos, Amelia & Fallon – 3 anarchist comrades arrested for molotov attacks
15. Adriano Antonacci and Gianluca Iacovacci accused of subversive association with terrorist intent
16. Inter Arma’s text about being targeted by the lackeys of the anti-terrorist agency
17. ‘A Vision of the Future: Where All the Roberto Adinolfis Walk With a Limp’ by Sean Swain
18. Direct Action Chronology

Dark Nights #36 – ‘Freedom to the Wolves of the North’

August 2013 issue of Dark Nights dedicated to a long hot dangerous summer. International news and reports from the informal network of counter-information and translation. Front page covers the repression in Thessaloniki, northern Greece, against comrades from the Nadir squat after the attacks of the Phoenix Project by cells of the Informal Anarchist Federation – International Revolutionary Front. Front page sidepanel is the contribution of Actforfreedomnow!/BoubourAs to the gathering concerning the informal network of counter-info and translation which took place at Nadir itself previous to the repression.

Inside from then on you’ll find a concentration on the case of the Nadir 2, Spyros Mandylas and Andreas Tsavdaridis, the claim for the letter bomb against Dimitris Horianopoulos, scumbag ex-commander of the anti-terrorism unit which carried out the operation against the Conspiracy of Cells of Fire, for which the Nadir 2 were arrested for, plus other assorted news and reports from anarchist comrades on the ground in the struggle. We’re really happy to print a letter from Claudio Lavazza, anarchist comrade imprisoned in the Spanish State, on initiatives of resistance in the prisons there. As well you’ll find a statement from the imprisoned members of the Conspiracy of Cells of Fire about their court charges of responsibility for 250 attacks, and also you’ll find letters from rebel prisoners in Chile, including Marcelo Villarroel and Juan Aliste of the ‘Security case’ and coming from Switzerland, a letter of hungerstrike resistance from Marco Camenisch and Andrea Stauffacher in solidarity with Georges Ibrahim Abdallah, of the Lebanese Revolutionary Armed Fraction, arrested in Lyon, France in 1984.

This is dedicated to all the prisoners of the struggle who don’t have the ability to be free with their loved ones during the ‘holiday’ time, against the false-culture and the prison-society… From Chile, to Indonesia and beyond….