Bulacan is one of the major industrial and agricultural center. It is strategically located between the commercial center of Manila and the industrial and trading centers of Northern Luzon.  One of the traditional rice granary of the Philippines. Despite the great challenge posed by El Niño on agriculture, this province pulled off a bountiful harvest that has propelled it to being recognized by the Department of Agriculture as a Hall of Famer in the Agri-Pinoy Rice Achievers Award.

All of a sudden this claim progressively changing due to land conversion for real estate development, mall culture and consumerism. The food production in this area are now getting low because vast agricultural land are now becoming a low-cost housing project, supermarkets and malls. END_OF_DOCUMENT_TOKEN_TO_BE_REPLACED

Call for solidarity with arrested activist of critical mass (Belarus)

Critical Mass on 29 April in Minsk ended up with 6 people detained and a criminal case against one of the participants. Dmitry Polienko is accused of violence against a policeman and others are charged with minor offences. The trials for minor offences are scheduled for 12 and 16 May. Dmitry is now in pre-trial prison and requires solidarity from comrades in form of solidarity actions and money for food parcels. The maximum penalty for the article he is accused of is 6 year in prison.

In social networks a flash mob was started
#iamcriticalmass / #якритическаямасса to show solidarity with arrested.
Apart from that you can send us your solidarity actions at belarus_abc@riseup.net.

You can also donate through paypal with the same address
belarus_abc@riseup.net. Please specify the cause for transfer –
“critical mass”

Till all are free!
ABC-Belarus

This is a mid month Critical Mass to show solidarity with the cyclist killed on the road on 1st August by an Olympic bus. The headlines continually ignored the death and concentrated on the gold medals – particularly the one won by British cyclist Bradley Wiggins. All cyclists including Olympians, are invited to join us as well as wheelchairers, skateboarders, roller bladers, roller skaters and other self-propelled people.. This Critical Mass will be huge – spread the word. 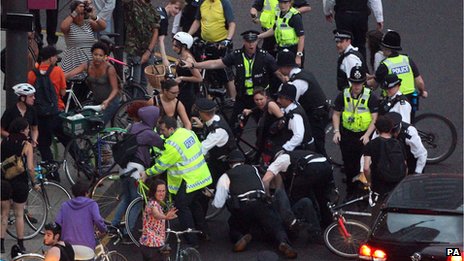 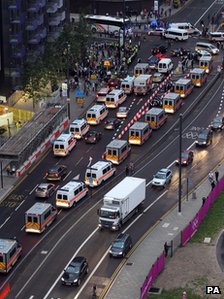