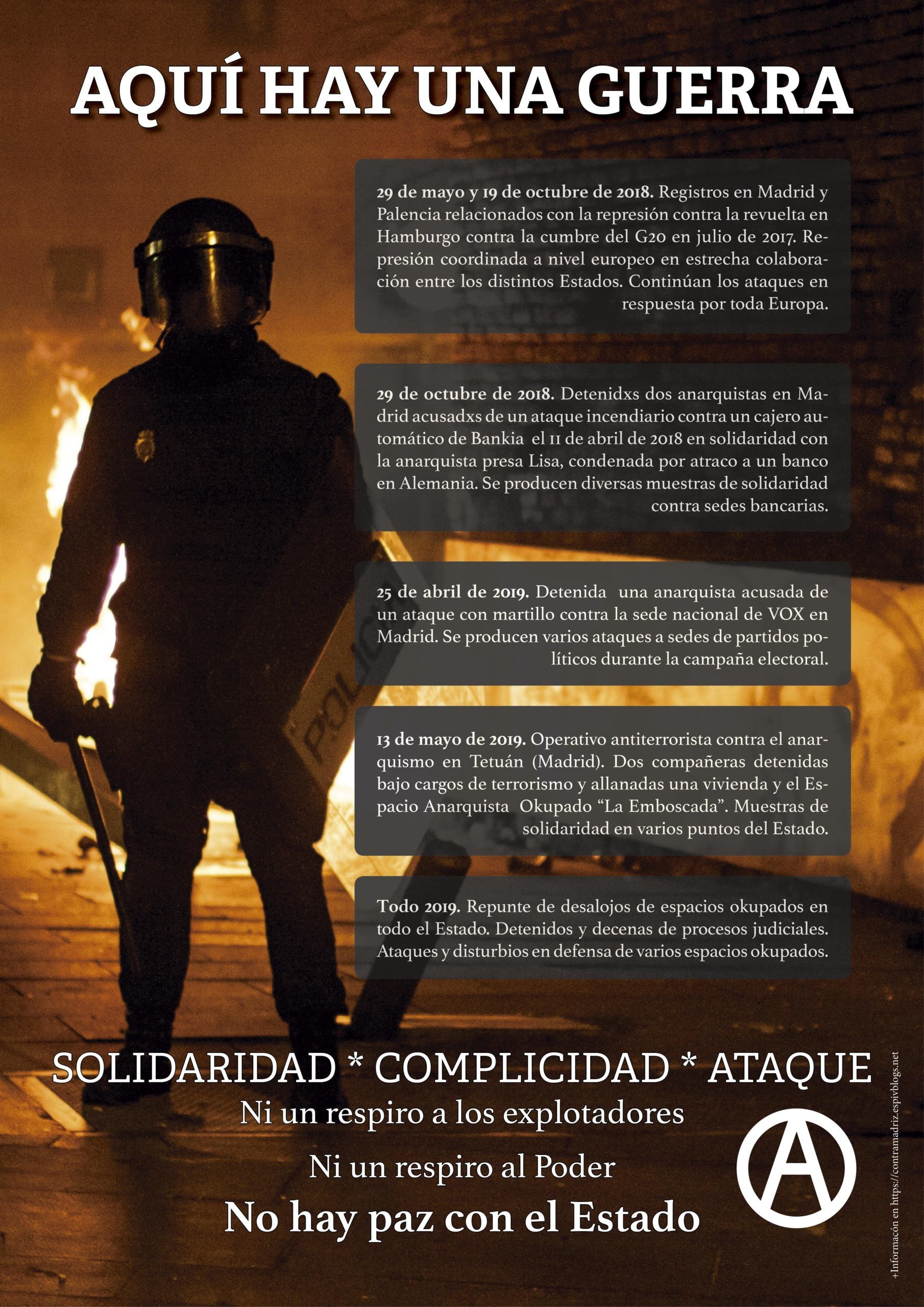 Just outside the city limits of Bristol tucked away in the dark is a poultry farm (Ivy Farm) owned by P&S Mitchell LTD. Located in Whitchurch Lane, Dundry, the birds never see the light of day. Despite the CCTV, the grain silo and broiler house were both spray-painted with the words “Animal Prison”.

A new McDonalds restaurant that is not welcome is being built in Fishponds Road, but maybe the “Burger Off!” posters in local’s front windows isn’t enough. Graffiti was sprayed inside the building site – “McWork Prison”.

Vinney Green, hidden in Emersons Green on the edge of Bristol is a special secure detention unit for 10-17 year old “dangerous kids”. The unit holds up to 24 detainees. A large hole was cut in the perimeter fence and then the next inner security fence was broken through by bending back the bars, causing a second human size gap. Then the prison buildings themselves were sprayed with the words “Child Prison”, “Screws Work Here”.

Solidarity to Brian Vaillancourt who is serving a 9 year sentence in the USA for an arson of a McDonalds. To the imprisoned comrades in Italy who are fighting from inside the cells on hunger strike. To the 3 comrades arrested for bank robbery in Thessaloniki, Greece. To Lisa held in Spain. For all the imprisoned anarchists around the world.

June 11th is a way of combating that amnesia, of trying to sustain a long-term memory in the anarchist space. Not only does this generate support for anarchists locked in the state’s prisons, it forces us to look back at what came before. Considering what previous generations did can both inspire us with ideas we’ve forgotten, and help us understand how our current practices came to be. END_OF_DOCUMENT_TOKEN_TO_BE_REPLACED

Spain: Our comrade Lisa has been transferred to Catalonia

Wednesday, March 13, we received a call from the comrade that evening telling us that she had been transferred to Catalonia, specifically to Brians I. Her detention regime remains the same as in Soto del Real, second degree, with no intercepted communications, mail restrictions and not in isolation. We continue to encourage writing and live solidarity. New contact address:

Madrid: ATM burned in solidarity with Lisa and other anarchist prisoners (Spain)

On the night of February 18, a bank ATM in the Usera neighborhood was set on fire. This small action is a sign of encouragement for Lisa, recently moved from Germany to Madrid; for the repression of the G20; the comrades arrested in Madrid on 30 October – accused of burning another Bankia ATM – and for the comrades in Italy, recently beaten in new operations against the anarchist environments in Turin and Trento, as well as for the comrades on trial in the Scripta Manet and Panic operations.

Let the Spanish and Italian states know that anarchist solidarity will not stop. And it will be formed by more than words. Sabotage is easy and simple. In the possibilities of its reproduction is its strength.

Also, this small action serves as a contribution to the week of agitation and propaganda against gentrification, spatial capitalism and in defense of squatting.