Hello comrades!
We write this statement from La Emboscada (Tetuán, Madrid), to inform that the last December 17th a judge ordered our precautionary eviction from a denunciation made by one of the owners of our Anarchist Squatted Space La Emboscada.

According to this notification, the eviction could be very close, in less than twenty natural days. Considering this information, we decide to fight with all our capacities to stop this eviction. So we call to the eviction day for a concentration in the afternoon, at 20h and we count with your support. The place of the concentration wont be public until the last moment, so we encourage you to be aware.

We decided not to remain silent while we see tens and tens of eviction processes both to living spaces and social centers. We decide not to give up neither deal with those people that want to defend their private property over everything, because we know that private property only looks for the individual profit of some, and we know that the State defends and supports this old class enemies that are already known.

We know that this case is not an isolated one (we count with all the previous facts happened in the last year) but it responds to a functioning and normal capitalist structure. We know that the owner is not the devil who escapes the norm or the common sense accepted by most citizens. So we have decided to approach it as a conflict more to face and with all the motivation and mutual aid that we could get all together with those who understand and show solidarity with the struggle against Capitalism, the law and the State.

We decide to defend squats as a tool to attack private property. This attack that every time becomes more difficult, but we only think in creating new formulas to get that they don’t bury our will to continue fighting and squatting. We know that we can’t do this without you. We know that solidarity and direct action against speculation are our better weapons.

So we encourage you to be aware to the next callings, to come to the space and the possible events that we could organize, defending the squats.

Against the reinforcement of laws to our dis-articulation and criminalization, now more than ever: Squat! Against gentrification and speculation: Squat and resist!

Madrid, Spain: Attack against Carsharing – Against the Smartcity

On a monotonous working morning, some lovers of the Smartcity and the hypocrisy of clean energy, with their brain intoxicated by apps, had to walk a long way before they could find a car…

During the previous night and under the cover of the fog, ten machines on the car sharing circuit were attacked in several areas of a neighborhood in Madrid.

Against technology, against the State and the Smart-zombie world!
Long live anarchy!

Some Friends of Ludd

Madrid, Spain: Call for a Week of Anarchist Struggle Against Climate Change – Sept 20-27, 2019 Various institutions, environmental groups, trade unions and student groups gathering under the name “Fridays for Future” have announced a so-called “Week for Climate” from the 20th to the 27th of September. Basically this week consists of programmed and alienating demonstrations in which the State and other institutions (UN, G7 etc) are being asked to remedy or take action against the disaster they are causing. In their simplistic and reformist discourse they never criticize the cause of the ongoing devastation: industrial techno capitalism and its technocratic organization of the world. They are the ones who criticize climate change without criticizing those who produce it: they have a corpse in their mouths, those who defend the myth of progress, of sustainable development and of a ‘comfortable’ life in exchange for slavery and the commodification of every aspect of our lives, a life sold to technological domination. They are the ones who have purchased the new fashionable product, climate change, from the supermarket of rebellion. Fridays for Future? Today more than ever the future does not exist, we live in an eternal present and any vestige of the past has been erased. The technological prostheses that surround and colonize us make us live in a continuous state of sleepwalking, where the catastrophe is not about to come as they insist on warning us, the catastrophe is here and now, the catastrophe is the alienating life directed by the algorithms of our ‘virtual assistants’, the catastrophe is a world already devastated by industry.
END_OF_DOCUMENT_TOKEN_TO_BE_REPLACED

Against “smart cities”, against green capitalism, against gentrification, against cities. Against the architecture of consumption, against the commodification of all ways of life, against property. Against peace, against the absence of tension, against democracy, Against authority. The night of July 26-27 we set fire to two rental bikes in the area of Moncloa (Madrid).

May the heat of the fire and our hugs reach the Park Bench 3 and those like them.

For conflict, for anarchy.

On the morning of May 13, a new antiterrorist operation against anarchism struck in Tetuán (Madrid).

The anarchist space ‘The Ambush’ [La Emboscada] and another squatter home were searched by members of the brigada de información [political police/special branch] and a squad of the anti-riot division. The operation ended with two people arrested.

In our minds are the operations of Pandora, Piñata, Ice and the operation that still keeps Lisa behind bars. More recently the European police operations in response to the revolt in Hamburg against the G20, or the arrests of last October 29, 2018 in Madrid…

In short: the blows of the State against the struggle. Faced with this, affection, solidarity, networks of affinity and the desire to never give up are weapons against fear and repression.

Neither innocent nor guilty!
Solidarity and struggle! 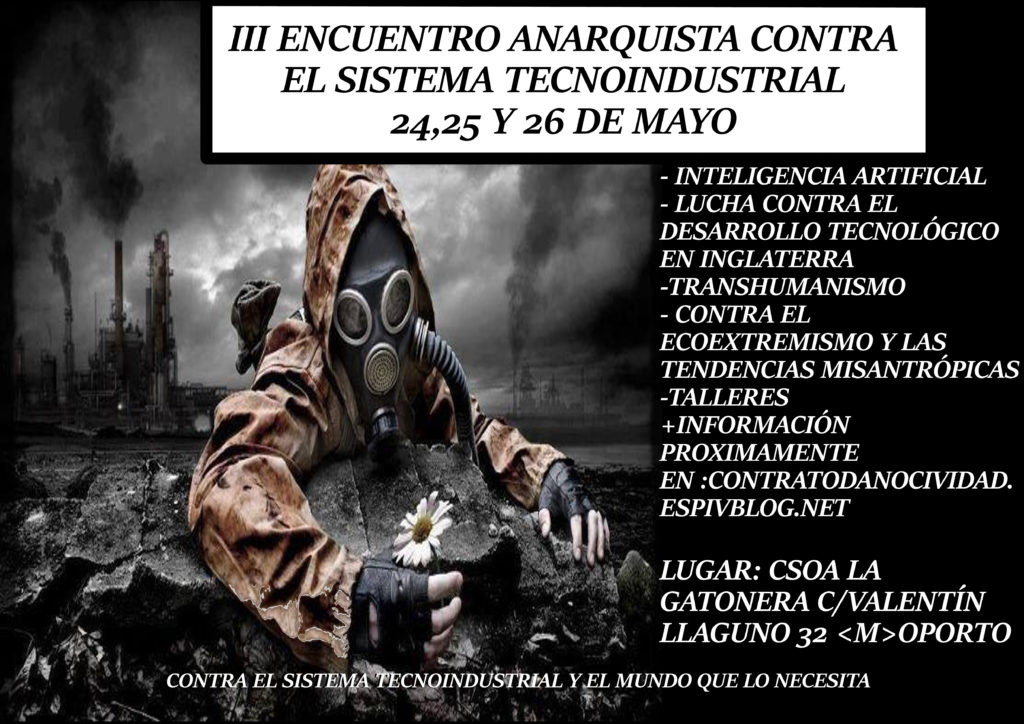 Madrid: ATM burned in solidarity with Lisa and other anarchist prisoners (Spain)

On the night of February 18, a bank ATM in the Usera neighborhood was set on fire. This small action is a sign of encouragement for Lisa, recently moved from Germany to Madrid; for the repression of the G20; the comrades arrested in Madrid on 30 October – accused of burning another Bankia ATM – and for the comrades in Italy, recently beaten in new operations against the anarchist environments in Turin and Trento, as well as for the comrades on trial in the Scripta Manet and Panic operations.

Let the Spanish and Italian states know that anarchist solidarity will not stop. And it will be formed by more than words. Sabotage is easy and simple. In the possibilities of its reproduction is its strength.

Also, this small action serves as a contribution to the week of agitation and propaganda against gentrification, spatial capitalism and in defense of squatting.

Spanish State: Monument to the División Azul in the cemetery of La Almudena is Vandalised 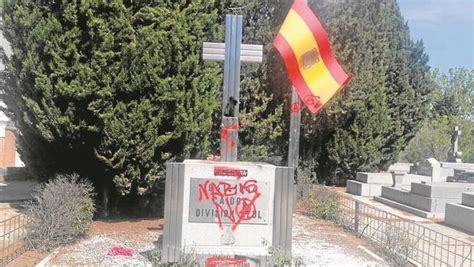 Last Friday, February 8, we vandalized the monument to the División Azul in the Almudena cemetery in Madrid. There are reasons to do it any day, but this date we chose with pleasure because the next day the fascists paid homage and on Sunday an amalgam of rancid ultra-Catholics, fascists, geriatics, neo-Nazis and various imbeciles walked with their anachronistic and disgusting symbols for a few streets in Madrid.

We carry the historical memory in our hearts. In the invisible scars that have left us with centuries of oppression. In our ideology and our practices. In our incessant search for freedom. We do not need governments or laws that change symbols for others. We will always have fun staining the dirty symbols of the authorities, whether they represent democracy or fascist dictatorships.

Death to the State and Long Live Anarchy!