Bad News: Episode #32 – Angry Voices From Around the World

This is the 32nd episode of “B(A)D NEWS – Angry voices from around the world”, a news program from the international network of anarchist and antiauthoritarian radios, consisting of short news segments from different parts of the world.

1. Radiofragmata (Athens, Greece): Updates for arrested anarchists and political prisoners. / News from the Greek regime.
2. Free Social Radio 1431AM (Thessaloniki, Greece): About the revengeful deportation to Albania of the anarchist comrade Irdi K.
3. Radiozones of Subversive Expression (Athens, Greece): A review for the current situation in Evros (the Northeastern borders of Greece).
4. 105FM (Mytilene, Greece): An update from the recent refugee demonstrations in Lesvos, the repression and the fascist attacks.
5. Dissident Island (London): A roundup of happenings from around the so-called United Kingdom.
6. A-Radio Berlin: An interview with an organizer of the first feminist congress in Poland that took place in February.
7. Frequenz(A): About the resistance against a deportation in Leipzig, Germany back in the 10/7/2019 and the repression like for example the current court case linked to that.
https://www.aradio-berlin.org/bad-news-episode-32/ 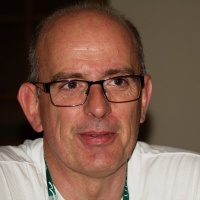 As a vulnerable 19 year old in the 1990s, ‘Jessica’ was groomed into a sexual relationship by Coles whilst he was an undercover officer of the Special Demonstration Squad. When his past was revealed two years ago he immediately resigned as Cambridgeshire’s Deputy Police & Crime Commissioner, yet he has stayed on as a Peterborough city councillor. END_OF_DOCUMENT_TOKEN_TO_BE_REPLACED

Brazil: Doxxing action against Oliver Fontana by ‘Cells of Opposition to the System’ – EN/ES/PT

We take responsibility for a doxxing action against OLIVER FONTANA, a lawyer in São Paulo, Brazil. Data in the links below:

The reason why this individual was our target is because he practiced physical and psychological torture on his ex-wife and 4 minor children. The case was reported in 2014 on the ‘Fantastico’ program of the reactionary channel ‘Red Globo de Televisión de Brasil’. Link to the news:

OLIVER FONTANA is a member of the multimillion-dollar Fontana family, owner of BRF Brasil Foods, one of the world’s largest companies in the mass murder of animals (it produces meat and meat products under the Sadia, Perdigão and Qualy brands). He hides behind the image of the “Buddhist pacifist” and has no punishment for buying the Brazilian judiciary with the fortune of his family. But our collective is not for sale, so we present this male asshole in tribute to the International Day of Struggle for Women on March 8.

And here, a warning to all machos, misogynists, LGBTQphobes, racists, xenophobes and fascists: From now on, any one of you will be the target of retaliation from our collectives if you do not stop your attacks against socially vulnerable groups.

These scum are encouraged to attack and kill by their “messiah”, the psychopath Jair Bolsonaro. The time has come to stop them. This time we did a doxxing attack. The next time could be otherwise. Especially since we have access to their residences. A visit from us would be tragic for them. END_OF_DOCUMENT_TOKEN_TO_BE_REPLACED

EN: International Call for a Subversive, Dissident and Anarcho-Feminist March

As ANARCHIC WARRIORS IN THE FIGHT AGAINST PATRIARCHY, we call all our comrades to be present in the fight in the streets next Sunday 8th March and let’s extend the insurrection throughout the month of March: In one day there is not enough room for all our fury! We will go out again with our anti-systemic rage and hope to spread fury again within the numb sectors of the so-called “feminist movement”. This is a war and we are prepared for war. We know that since the heights of power prepare the repression of the protest. But we are not intimidated, we will turn the protest into a widespread insurrection.

In his morning circus-mass, the peje-ganzo-poop-president every day starts the massive media machine and tries to impose a change of reality to ensure public opinion and be able to repress at ease.

First, he accused the anarchists of being “conservatives”, and now he extends the title to the so-called “feminist movement”. He accuses that there is a “black hand” in the struggle for the destruction of patriarchy. Saying what lies behind our rage because they rape us and kill us, is the right hand of fascism.

This reversal of roles is the script of the change of reality that they try to impose from Power. Again he thinks that he grabs us with the assholes but he doesn’t fool us. We know who are the true conservatives and fascists. All government is of a Conservative and fascist nature.

In its Fourth Transformation, examples of conservatism abound… The alliance between evangelical fascism and the retro-Bolshevik left is the main test of the union of misogynist dogs.

The morning message of Christian morality and its call to strengthen the Mexican hetero-patriarchal family is the evidence. Family structures which are hetero-patriarchal are the basis of the State (sacred or secular) and the continuity of patriarchy.

As we have expressed before: We are aware of the presence in the national palace of a misogynist and sexist, pro-life, ultra-conservative and evangelical fascist who has been an ally of the left in its constant opportunism to “take power” at all costs.

They can fool the good people (happy, content and ignorant) but us, NEVER. That’s why we will not put a limit on the revolt.
We will continue releasing the subway turnstiles throughout March, inviting individual and collective disobedience, spreading the fury…

We do not want dialogue or new laws: we want to burst the system of hetero-patriarchal domination. And we will do it with all our creativity, like Mrs. Yakul, teaching us about the Chilean insurrectionists, not with drums and choreographies but with the stone and the molotov.

The struggle has reached a decisive turning point: let’s extend the revolt.

Let the sky explode with the chambermaid God and everything!
Let’s destroy everything that dominates us!
The Insurgentes subway square will be the Plaza de Las Insurgentes!
If one day we do not return home: Do not light candles, light barricades!
Neither God, nor State, nor Master, nor Husband!
The State-Capital, with AMLO or without AMLO [Mexican President], Patriarchy is what weaves!
Let’s destroy everything that dominates and conditions us!

Anarchic solidarity with all the comrades and fellow prisoners around the world!
Against the patriarchal civilization!
For the control of our own lives!
For the destruction of gender!
For the insurrectional anarchic tension!
For Anarchy!
Fire to all that exists!

A solidarity action with women in Mexico has taken place in the Hague. Early in the morning of Feb 25, we marked the Mexican embassy with red paint, symbolizing the blood of the countless women that have been murdered.

In Mexico, an average of 10 women are killed every day, which is an increase of 3 compared to 7 per day in 2017, according to the Mexico office of UN Women. Mexico has the second highest rate of trans women being murdered in the world and sex-workers are also disproportionately targeted.

The murders of a 25-year-old woman and a 7-year-old girl in Mexico City have shocked the nation this month. Ingrid, 25, was stabbed, skinned, eviscerated and photos of her mutilated body were published in a newspaper. The girl, Fátima, was abducted from school, police officers delayed searching for her and later her body was found wrapped in a plastic bag.

These murders have triggered a rise of near-daily street protests, disruption of public services, fury on social media and demands for government actions against femicides -the crime of killing women or girls because of their gender-.

However, president Andrés Manuel López Obrador does not know how to respond to the issue and shows little patience for those who questioned him about the government’s commitment to fighting gender-based violence. In Mexico City, not much is done either. The government is more focused on cleaning graffities demanding justice and on using the police force to face women protesters, rather than acknowledging that the authorities are passive, complicit or even abusive toward women who try to report violence.

Met with such obstacles and forced to fend for themselves, women in Mexico do what they can to protect their own life and the lives of women around them. They are forming groups to demand justice and learn self-defense, to question long-held macho culture and to push the government into action.

Women are the ones who continue pointing out that the government, media and all other patriarchal institutions have an outstanding debt to them, a historical debt. This dept consists of a lot of damage that needs compensation and the guarantee of non-repetition. Until this dept is paid, women will fight for the dignity of all, for calling their names without violence or sorrow.

In response to the misogynistic culture of Exarcheia and the recent incidents of rape, sexual harassment and gendered violence in the streets of the area, we decided to show those who would have us live in fear that they are the ones with a reason to be afraid. On the night of the 10th of March we went on an antisexist scouting without the presence of cis men chanting slogans and demonstrating our ability to fight back.

On the night of the 15th of March we went on a second antisexist scouting by femmes in response to the misogynistic culture of Exarcheia and the recent incidents of rape, sexual harassment and gendered violence in the streets of the area. This time even more comrades participated in the intevention. We will continue being present in the street and we will be more and more. END_OF_DOCUMENT_TOKEN_TO_BE_REPLACED