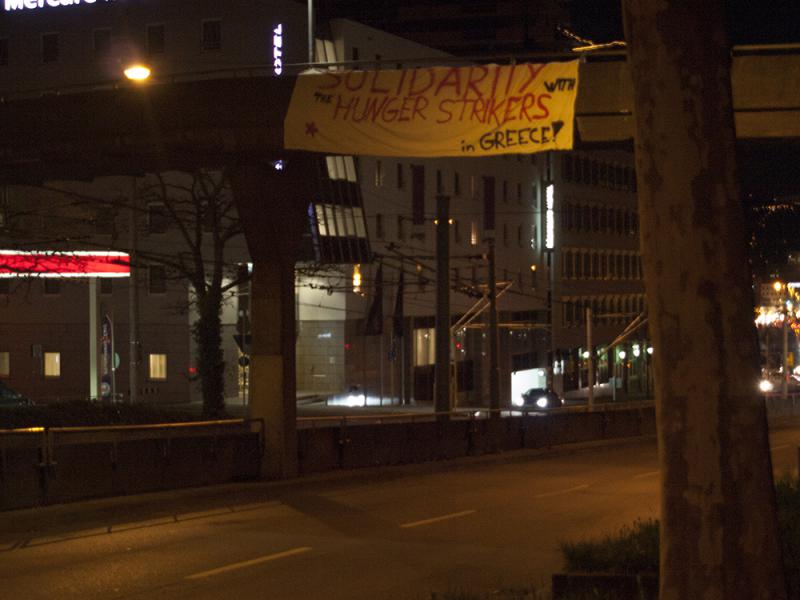 Solidarity banner for international action day for prisoners on hunger strike in Greek prisons. Immediate victory for the demands of the prisoners now.

In Berlin, the month of December hosted several events under the motto “Behind different windows… but the chains remain the same ones! New year’s eve to the prisons – question, demount and destroy the machine of prison!”, events ranged from discussion about ongoing trials against comrades, the building of a new detention center at the new Berlin’s airport, to a demonstration against the local detention center for immigrants. END_OF_DOCUMENT_TOKEN_TO_BE_REPLACED