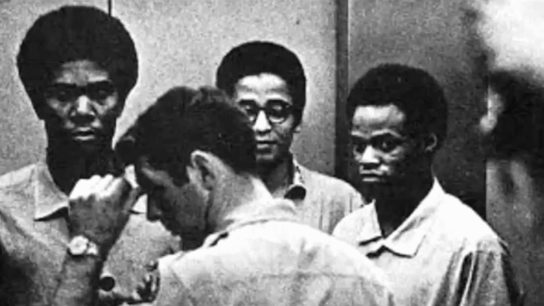 Prisons in America—and not just there–aren’t only bars, walls, surveillance cameras or lockdowns. They’re also an enormous lucrative business. Prisons are a dirty dealing for continuously supplied shackled labor force without name and without voice. They represent a modern slave trade, making billion-dollar profit, that not only supplies the companies-caretakers but also the industry of lawyers, judges, cops, corrections officers, private prisons. END_OF_DOCUMENT_TOKEN_TO_BE_REPLACED

"Antagonistic violence: Approaches to the armed struggle in urban environments from an anarchist perspective" by Gustavo Rodriguez (Mexico)

Newly translated text from comrade Gustavo Rodriguez, which was an introductory text for a debate in Mexico about antagonistic violence, that happened in October 2011.